Past, Present, and Future of Online Courses!!

Distance learning or online education has become a rage nowadays, with millions of people, both working and non-working, enrolling in a variety of courses in droves.

On top of that, popular services like “Take My Online Class“ are drawing more and more students to take up online classes simply because of the perks that they provide.

What Do Some Of These Benefits Include?

Probably the most prominent of all benefits is the freedom to study from anywhere and at any time you want. So, one can easily say that online education gives prime importance to the convenience and inconvenience of the students.

However, do we really know much about the humble origins of this mode of education? If you are interested to know about the history, then you are going to find this blog truly fascinating.

And what about the future?

No need to worry as that part is covered as well. So, let’s start reading!!

Most of you youngsters must be thinking that the concept of online education is something that has risen to prominence only over the last couple of decades. Nothing could be further from the truth.

However, you are right about one thing. And that is although the concept is nothing new, the technology used over the decades has gone under tremendous changes over the past centuries.

The concept, as it is mentioned above is well over 170 years old, and has its origin in an empire on which “the sun never set” – Great Britain.

It all began, thanks to a correspondence course that was being offered where the instructor used to send lessons to the students and used to receive their completed assignments via mail.

And voila! This was the birth of distance education which slowly and steadily paved the way for online courses and its countless number of other variants.

The main bragging right that online course has over a correspondence course is that it needs much less mail time. Moreover, it also allows a student to not only interact directly with the tutors, but it also gives the freedom to interact with fellow students on the website, and that also in real-time. So, How Did It All Start?

1960 – The Start Of Something Special

It closely resembled a system of linked computer terminals, and it allowed students to access study materials and also listen to pre-recorded lectures. This would, at a later time, give rise to PLATO or Programmed Logic for Automatic Teaching Operations.

At its peak, PLATO could operate across thousands of terminals throughout the globe. However, the most important and fascinating aspect of this is that most of the concepts used by PLATO would later be used for developing the concepts of social networking sites that we see today.

Some Of Them Include:

What started out as a simple educational computer video game went onto become a shining example of online education was really like. It was first introduced in 1979 for Apple, and it was included with all their subsequent software packages all throughout the 1980s.

Now, although the aim of the game was simple – to create a lemonade stand, it was more of a trailer as to what it would really feel like to learn with the help of a computer. Most importantly, it also gave an idea of learning in virtual reality.

Although many might argue with this, the very first online course was most probably introduced by the Electronic University Network in 1986. However, it was only supported for use in Commodore 64 and DOS platforms.

But, since it was well before the introduction of the World Wide Web, students had no other option but to use proprietary software and also had to use telephone lines.

This was the year when the internet really burst on to the scene (in the USA predominantly), and along with big companies like Delphi, CompuServe, and American Online transformed simple desktops into windows to the outside world.

People lined up in droves to get access to the internet, and this gave the necessary impetus for the growth of the CALCampus, which according to many, offered the first online course as we know it today.

1997 – The Advent Of Elearning Platforms

This was the year when eLearning officially burst on to the scene. The Interactive Learning Network or the ILN was created, and many colleges and universities got first-hand access to the platform. Some of the important names that need to be mentioned here are Yale, Cornell, and Pittsburgh University.

And, incidentally, it was exactly 3 years after this that Pearson Education came up with the idea of launching MyMathLab Answers, a portal where students can post a sum they are stuck with and get instant solutions to their problems.

2002 – The Year Of Opencourseware Project

In the year 2002, the world-renowned Massachusetts Institute of Technology or MIT began offering course materials and lectures by way of its OpenCourseWare Project.

And as of 2010, MIT, despite having to face many legal obstacles, has officially provided study materials to over 2000 undergraduate.

2009 – The Impact Of Online Education Finally Felt By The Masses

At the end of the 1st, a decade of the 21 st century, students, guardians, and tutors around the world could very well sense that the rise of online education cannot be held back.

187% – Yes, that is the increase in the percentage of students going to online classes since the last decade. Moreover, the number of students going for at least one online course stood at a staggering 5.5 million.

Even those institutes that relied heavily on the traditional mode of education decided to increase the number of available online courses.

Also, portals like MyStatLab Answers (developed by Pearson Education) and many other similar portals had begun to thrive and helped statistics students and others to get a quick solution to their problems.

So, What Is The Present Situation Of Online Courses?

As they say – “Numbers speak louder than words”.
Therefore, let’s see what the numbers have to say:

Hence, you can see it for yourself that online education has not only arrived at the scene, but they show no signs of going anywhere. And what does the future has in store for us? Here’s what the experts predict about the future of online education:

Well, firstly there will be no longer and boring lectures to attend to.

Everything will be made available online.

Digital field trips with the help of virtual reality.

No more being restricted to small classrooms as students from around the world will be able to share a common platform. So, Why Wait?

Take all the advantages that online classes and courses have to offer and see your career grow just as you envisioned it.

No votes so far! Be the first to rate this post. 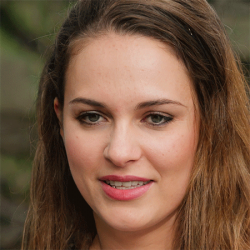